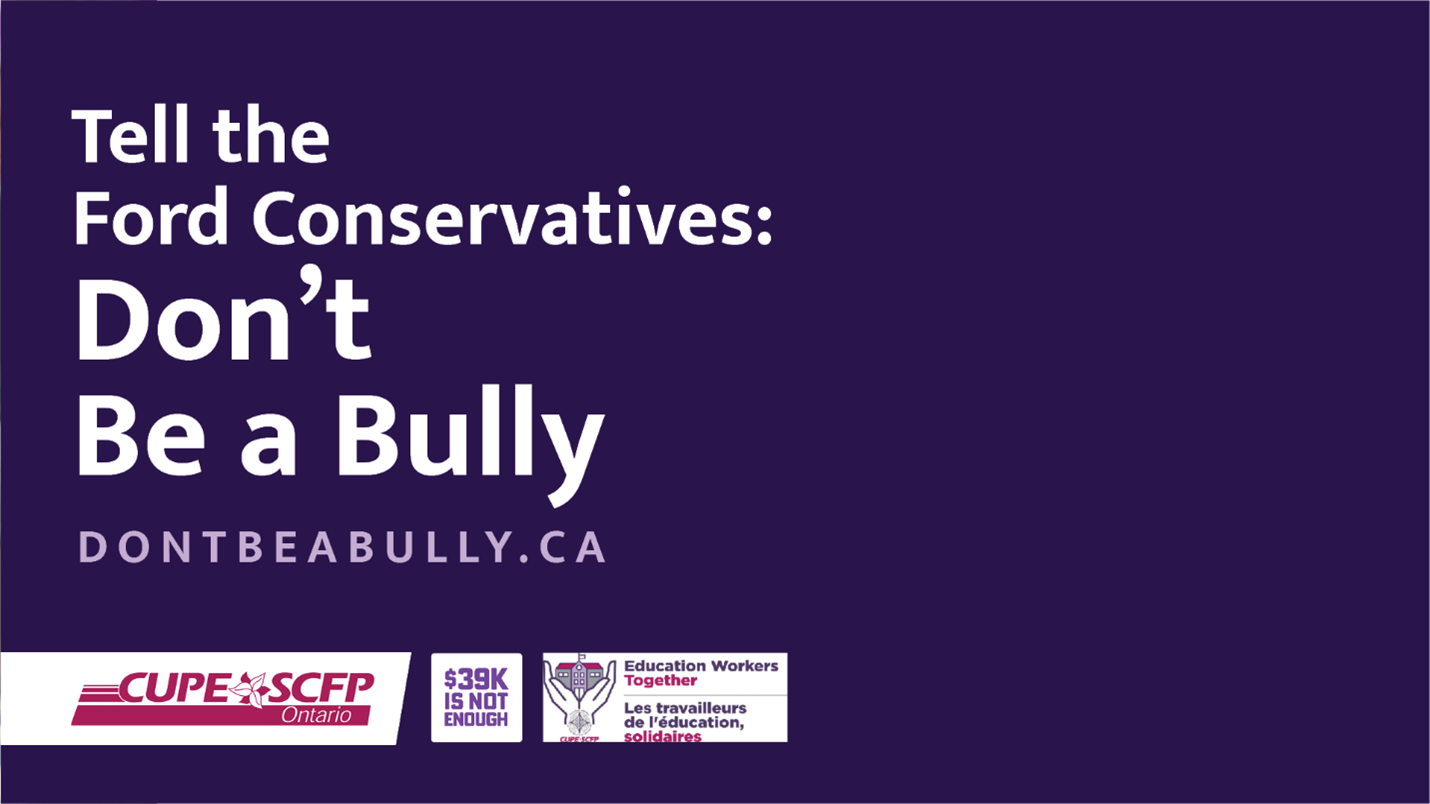 On Monday, October 31st, the Ford administration imposed a bill that restricts the rights of education workers. By implementing a collective agreement that does not consider the current socio-economic changes, the government is violating workers’ constitutional rights to bargain fairly.

To achieve this, the Ontario government has used the notwithstanding clause of the Charter of Rights and Freedoms, which allows them to restrict the ability of school workers to protest the abuses of this administration.

The 55,000 members of CUPE’s Ontario Council of School Board Unions (OCSBU)—custodians, maintenance and library workers, secretaries, early childhood educators, teacher assistants, and IT professionals—who work in publicly funded schools across Ontario are the backbone of Ontario’s public education system. They are also the lowest-paid education workers, earning an average of just $39,000 a year, leaving many of them below the poverty line.

We have a moral responsibility to support our brothers and sisters at CUPE’s Ontario Council of School Boards of Unions (OCSBU) in this fight. We need to show them that we are ONE and when one of us is attacked, the entire labour movement is affected.

How can you get involved?

Since 8:00 a.m. this morning, CUPE members are on general strike outside the office of Ontario Minister of Education Stephen Lecce and outside Queen’s Park, as well as on picket lines across the province. You can join them in solidarity. Find a picket line near you.

You can also send a message to Ford’s office to show your commitment and support for education workers.